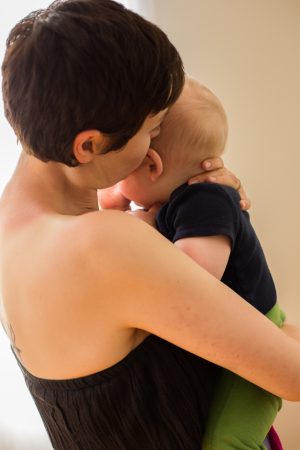 Becoming a mother was more than just the usual motherhood education. Yes, I was tired. Tired beyond what I had thought tired was before.

Not the stayed out all night partying tired.

Not the essay writing until the wee hours of the morning, or cramming for exams tired, but a tired that seeped into my bones and stayed for days.

Yes, I felt like my world had been rocked, like I hadn’t quite known the same sense of responsibility, love, curiosity, anticipation or intense connection before.

But I also felt scared. Not just sacred, I felt terrified. I felt terrified of my son. My newborn son whom I could not wait to meet, whom I sung to in utero, for whom I held dreams and wonder.

When I looked in his eyes, I thought he was judging me. I was convinced that he was telling me through gurgles that I was worthless as a mother. When he showed me signs of being hungry, the smacking of lips or sticking out of his tongue, maybe even latching onto my lip, my whole body seized from toes to head, as if concrete was flowing through my veins. When I tried to sleep, I couldn’t. His sounds were like alarm bells coming from his bassinet. Even as he slept, I laid awake and listened. Was he breathing? I should check, just one last check and then I can sleep. I was also terrified of the images in my head. Every time we went out, I saw us being hit by a car. If I carried him down the stairs, my legs tingled and I envisioned myself dropping him and his little body tumbling down the stair case in front of me.

Some of these symptoms were familiar to me. I had lived with Obsessive Compulsive Disorder since I was a little girl, diagnosed at 10 years old. I had managed through psychotherapy since being a teenager after a short term treatment with medication in my pre-teens. In my late 20’s I even became certified as an Expressive Arts Therapist because I wanted desperately to work with others who lived with mental illness while utilizing my skills as an artist. I knew what intrusive thoughts looked and felt like. I knew what anxiety did to my body. But with my son being born, he became part of those plays in my head and everything I once knew to be part of the way my brain worked became unbearable, and the sensations of anxiety no longer had any successful outlets – no more yoga classes whenever I needed, no more long quiet walks with all that independence I had so treasured. All of the coping skills I had acquired were suddenly void, because now it was me and a baby, and he needed me more than I had ever been needed. 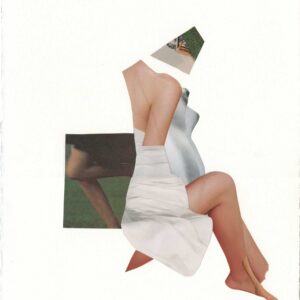 This is not a story that is lived by only me. This is a story experienced by thousands of women in North America. One in seven women will experience a Postpartum Mood Disorder. This number does not account for those women becoming mothers who have a pre-existing mental illness. For some it is deep sadness, disconnection and an inability to take ownership of their babies. For some it is this sense of a buzz that doesn’t disappear, intrusive thoughts and burning anxiety that sometimes makes you stop breathing momentarily. For some it’s endless routines to keep them feeling secure and like they can keep going if only the routine stays the same. For some still it is a hormonal tornado that brings back the worst you have ever felt within your illness.

What we previously thought was “typical Postpartum Depression” is no longer the case. The variance of conditions, signs and symptoms are much wider than we knew. I had never thought of working with mothers when I started my practice. I had found myself mainly working with youth, as often youth respond well to the use of arts in therapy. After becoming a mother however, my experience bled into my studio practice and my works became very focused on the sensations of anxiety and overwhelming feelings in my body. Eventually it seemed only natural to extend my practice as a therapist to others who had experienced something similar to me. If I was finding respite in my studio, if I was finding release and connection by collaging, perhaps other women would as well. 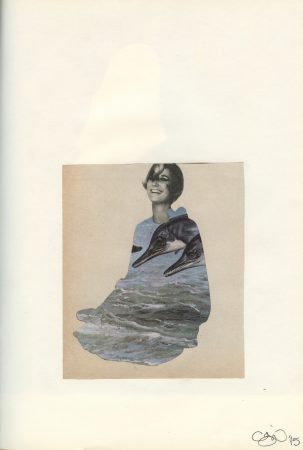 So I launched a project called the “Pieces of Me” project, funded by the Ontario Arts Council and in partnership with the Kitchener Downtown Community Health Centre, working with mothers who were experiencing symptoms of Postpartum Mood Disorders, or who had pre-existing mental health challenges that affected their parenting. After a year pilot, I now continue the group as a drop in at Amma Yoga in Kitchener and I look forward to working with the women who come each week.

Now I feel I am drawn to work with the next level up, not just the mothers themselves, but those who support them. I feel there is a way that we can build a stronger support network for all women becoming mothers if those of us who work with and support them become more educated and open to exploring what PPMD looks like today. Thankfully, Balancing From Birth to Baby agreed with me, and so we have embarked on offering to “front line mother caregivers” a weekend workshop titled “More Than Blue”.

The workshop will offer a space for those who work with mothers – doulas, midwives, lactation consultants, social workers, prenatal/postpartum yoga instructors, sleep consultants, nutritionist – to learn about PPMD and reflect on their own experiences with clients using the arts as a tool for that exploration. My hope is that it is the beginning of a peer community of more and more of us “front line” who attune to the deeper messages that the mothers we work with are giving us, and have resources and tools with which to help them feel supported and able to thrive. 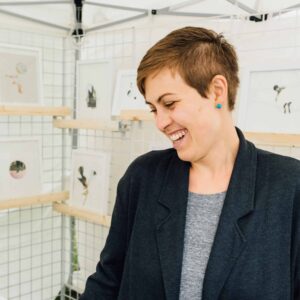 Her work has been exhibited across North America and published internationally.

She lives and works in Waterloo and is the proud mother of two beautiful boys.

Bronwyn has worked as a prenatal educator in the Kitchener-Waterloo area for many years. She is able to share a wealth of information based on her vast array of parenting and community engagement experiences. Bronwyn looks forward to meeting you and supporting you on your pregnancy, birth, and parenting journey either in one of her classes, a coaching session or as a Doula at your birth. 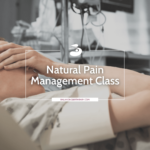 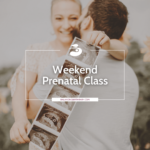 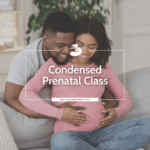 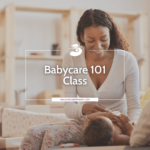 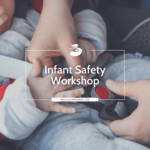